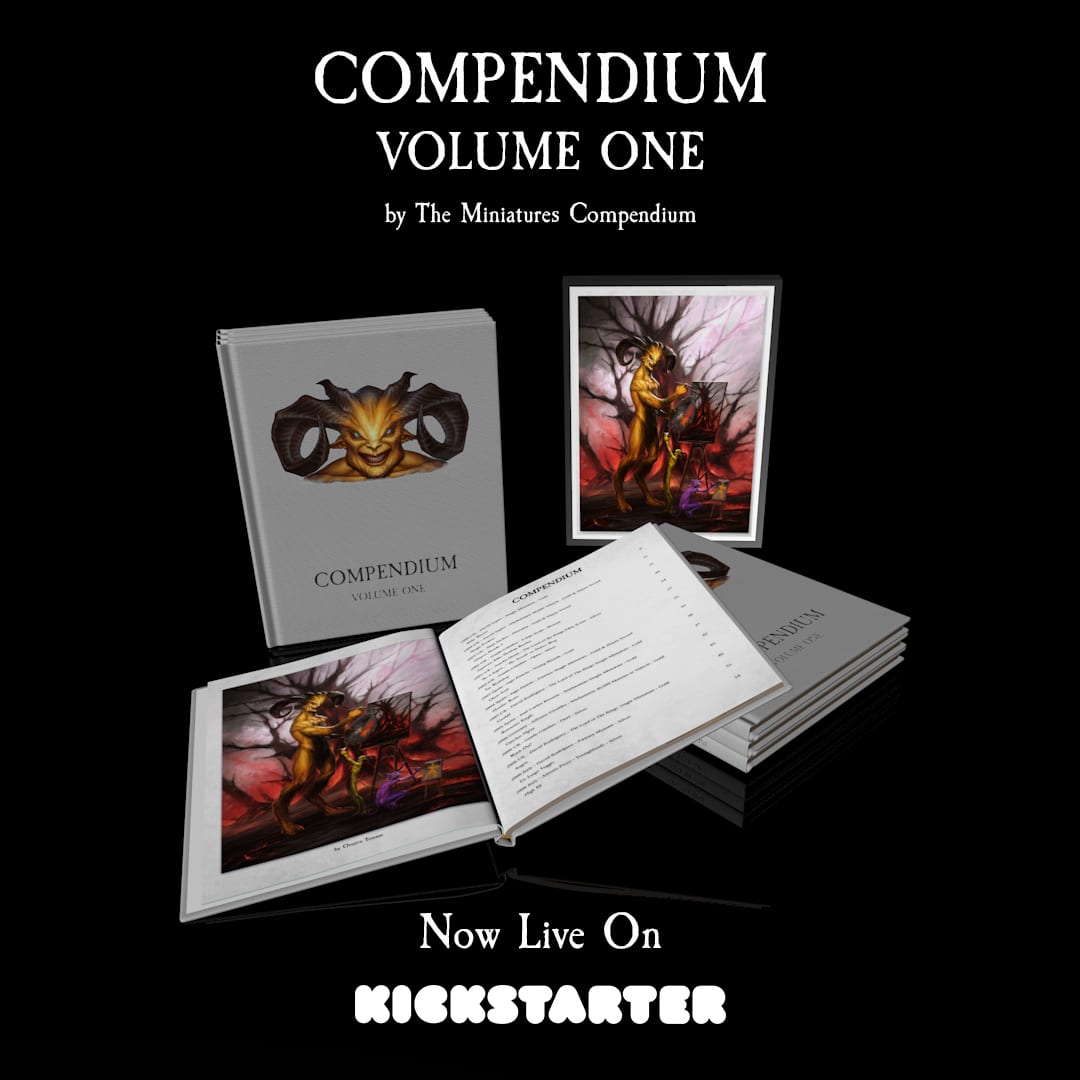 A few days ago a very special kickstarter has begun!

The “Compendium: Volume one” is a book created with love and dedication and we want to take a closer look to the project by the hand of his creator…

First of all i need to say i love your project. Tell us Where,when and your project was created?

COMPENDIUM started around January 2018, I always wanted to see the miniatures that inspired me over the years in the highest quality, multiple angles and in as much detail as possible. I also wanted to know more of the stories behind the pieces. Why did this person choose this miniature? Why did they go for that colour palette? What struggles did they have etc? You would every now and again see articles in Magazines but nothing really came close to the level of detail I wanted to see. So I figured I would take a shot at doing it myself!

My commute to and from London for work was a 2 hour trip each way on a train and I had spent so much time reading books, watching movies just doing nothing, so this project was a great way to fill this dead time. The first step was I had to go about creating a more complete database and image archive of all the information that is spread out across the internet, magazines and from word of mouth. It dawned on me early on that if websites where much of this information is fragmented across ever disappeared so much history would be lost and almost impossible to recover.

It took around 10 months of a few hours work day to collate the over 6,000 entries (Names, Places, Countries, Years, Categories, Entry Title, Awards, Images etc) into a workable format and then input into a database. It was a massive effort and I didn’t quite realise how long it would take! But everything is now documented, saved and backed up to multiple places! Something that was difficult to overcome was how much of the information contradicted each other, there are many cases where names are incorrect, awards are wrong or just outright missing, even in official publications! I’ve corrected a huge amount by mostly reaching out directly to the artists or asking on Instagram when all else failed!

Once I had all this information I had to go decide what I was going to do to capture the images. You cannot simply take whatever you find on the internet for a whole host of reasons. Copyright and Permissions being the main concern. So since 2018 I have been personally contacting each and every artist within COMPENDIUM: Volume One and discussing the idea of the project, the goals I wanted to achieve and if they would be interested in being involved. This was a slow process initially. I wasn’t anyone in this community and I didn’t know these artists on a personal level, so I can only imagine what they must have thought at first.

When momentum built up it became easier to contact and connect with the artists. Some of the key people to help start off this project right have been Richard France (who incredibly met up with a person he had never talked to let alone met before and handed over his prized Miniatures for me to photograph!) Lance Allen, James Otero (both who have stuck their necks out for me and given me personal introductions to painters at events). Roman Lappat who without hesitation sent me images to use and many others who have given advice and guidance.

Back to the images. Where possible a stipulation was for brand new images. The majority of images within COMPENDIUM: Volume One I have taken myself, I have done quite a bit of freelance product photography over the years so having that skillset made it much easier. For UK based painters I could drive to wherever they were and re-image the miniatures. Many were taken at events we would both be attending and I would set up my mobile photography studio at the hotel I was staying in. I recall meeting up with Maxime Penaud the night before the Painting Open Day where the top 3 of the Everchosen Awards would find out who had won. Maxime had just traveled a long distance, spent an entire day at Warhammer World and still found time for me to Image his Dankhold Troggoth in the early hours of the morning! He must have been shattered! It’s that type of community which makes this miniature painting world so great! I’ve put a fair few thousand miles on my car driving up and down the country as schedules lined up to take images!

Where it was not possible to re-image, an in-depth restoration process was undertaken. Many processes and techniques were implemented, from machine learned upscaling, dirt and damage removal, image sharpening to colour correction. A key point is to know that the artist has taken these images themselves, being able to trace the copyright source is a major step to ensure the images can be used.

The other half of the project has been spending a good few hours a week for the last 3 years editing all the images, background extractions, processing, designing layouts, formatting, checking all the writings for grammar and spellings. Just a monumental amount of data processing in all.

Something cool I wanted for the project was a striking Logo and Art Piece, I had seen the work of Orniris Terensi and knew I wanted to commission him for all the illustration bits I needed to set the book off right. The Logo and Minions are such great little characters and features to add into the book. The guy is a genius painting machine and has incredible talent!

I am incredibly happy with the response it has received so far, the Kickstarter funded in under 2 days which is incredible! Getting the book into all the backers hands without delay is the next step.

The real thanks has to go to the artists. The level of trust they have shown in me to get this project done has been incredible. Please go and check out their social accounts!

Who are the persons behind the project?

Pretty much it’s just me behind the project. I have done all the photography, made all the renders, the videos etc I am a one man band!

Which difficulties have you faced bringing life to this project?

A major hurdle to overcome really was trust. As I said I am no one in this community and being shown the level of trust to do this project with these artists’ works is incredible.

Another smaller hurdle was image restoration, not all images are created equal and it was certainly difficult to make sure the images that were to be restored were done in such a way as to not alter the way the artist intended the miniature to look.

You have spent thousands of hours looking at these figures, between all of them, which are your top 5?

A very difficult question! They all hold incredible value from a historical perspective, choosing a top 5 would be impossible!

Some of my personal all time favourites are:

Do you still play/paint gw miniatures? Which brand do you prefer? 40k Aos or some specialist game?

I still paint, though it’s had to take a back seat for a while as the book has taken vast amounts of time! I’m slowly working on my next GD entry and hopefully an MSS entry in preparation for when we can get back to events! I prefer mostly 40k and Middle Earth, but I still really enjoy AOS and have a few Orruks for a Warband on the go! I’ve also been getting back into BFG and hopefully will get a fleet going soon!

Which was your first golden demon?

My first Golden Demon I entered was UK 2005. Kirill Kanaev took home the Slayer Sword that year with his incredible Land Raider. But the thing that blew me away that year was Martin Footitt’s High Elf from the Open Category. I vividly remember seeing this miniature in the cabinets for the first time and couldn’t understand how it was made. I remember asking one of the judges and they informed me it was totally scratch sculpted and the younger me never knew that was a thing you could do! It was only in later years images popped up on CMON with the miniature in the green and again I was just as blown away as I was all those years ago. Martin brought the miniature to 2019 WHF and I couldn’t believe I was able to see it again, I never quite managed to speak to him about it as the day was a whirlwind. Hopefully next WHF I get the chance to.

If you had a time machine and you only came back to one golden demon, which one  would you choose?

That’s so hard to answer! I think it would have to be 2001 UK, I would give anything to see Kevan Downey’s 2nd Place Vehicle. There was a bit of a commotion about it as the base kit was the Tamiya Dragon Wagon but to me that is a one I will always remember. I remember waiting for the issues of White Dwarf with the winners and sitting down in my parents living room reading that issue over and over and the 2 page spread of Kevan’s piece. I’d love to know what happened to it after all these years.

Thanks for your time and good luck with the campaign!!! 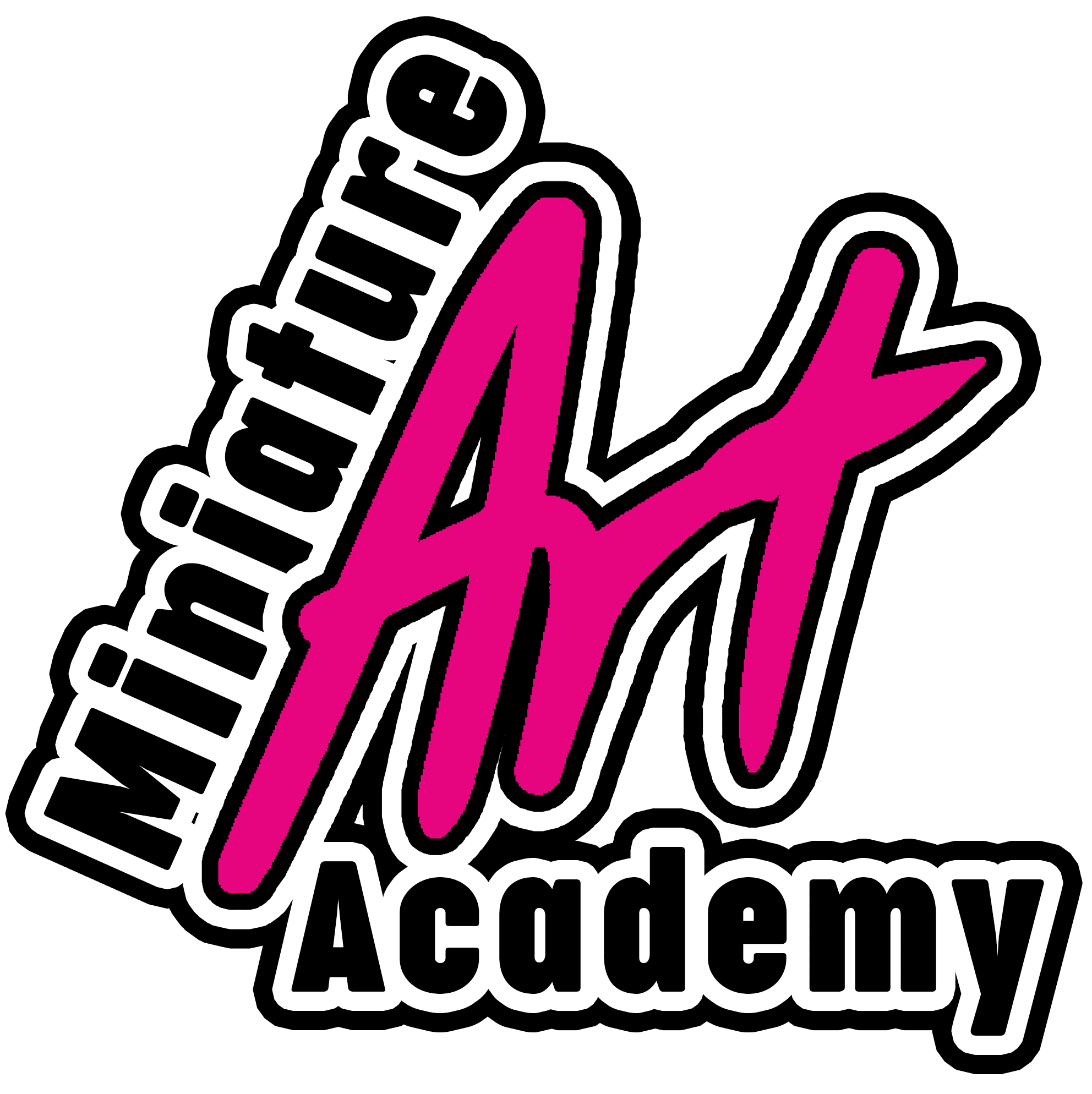